Replacement window distribution -- from manufacturer to you

Window distribution can seem like a complex tangle, especially for those outside the fenestration industry. Manufacturers sell through several distribution channels, and each has separate channels of its own. By the time you purchase your windows from your contractor or your local big box store, chances are they have gone from the manufacturer through more than one channel. One thing is certain, however. As a homeowner, you cannot "buy direct" from the manufacturer.

Before the early 1980s, however, when windows were either wood or aluminum, all wood windows went from the manufacturer to a two-step distributor — in other words, a "middleman" or wholesaler who was two steps from the end-user. Aluminum window manufacturers sold to one-step distributors who sold to home improvement contractors, builders and homeowners — virtually anyone.

With the end of the recession in the early '80s and the advent of vinyl windows, the structure of the supply chain changed. Today, few if any window manufacturers sell to two-step distributors. They sell through the distribution channels shown in the diagram below. 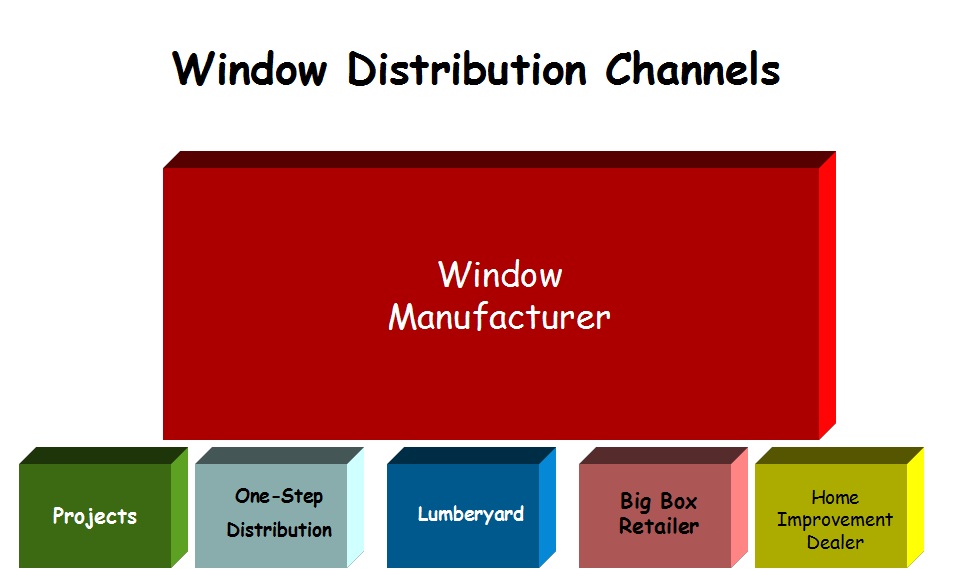 So where does the homeowner get the best deal--buying from a retail store, a small home improvement contractor or a large home improvement dealer? The answer, of course, is the same as it is for all major purchases: Buy from the source offering the best price and most responsive customer service…and don't cut corners on proper installation.